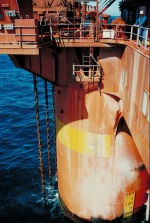 Oil is in the news a lot, but the articles are usually focused on barrels produced, pipelines being built and maintained, and refining capacity. We don't hear much about oil exploration, which is the search for new sources of oil underneath the ground. A wide range of career possibilities in oil exploration exists, with many oil exploration jobs requiring degrees in geology or petroleum engineering. Among all engineers, those working in the petroleum industry can expect the highest starting salaries.

Experienced professionals can choose to live almost anywhere in the world: Canada, south and central America, Europe, Eurasia, Africa, and of course the middle east. In the United States, a large number of petroleum engineers work in Alaska, California, Louisiana, Oklahoma, and Texas.

As the price of oil has gone up, petroleum reservoirs that were not economically viable in the past are now attractive to smaller, independent producers. Both the smaller and bigger companies are looking to hire more than a few good men and women. According to the Bureau of Labor Statistics, the oil and gas industry will need thousands of new petroleum engineers over the next decade replace aging employees and account for rising demand.

OilJobFinder members get the full salary breakdown and find out how the hiring is being done by the oil companies.

People working in any of the following oil exploration job titles can expect to earn over $100,000 within a few years of starting out:

As a Member of OilJobFinder.com you'll have access to even more information about oil exploration careers, the specifics of each job type, and how people working in exploration interact with production workers and others in the industry.